But there’s just one small problem: the live Jazz Kitchen wants to play live Jazz music—but according to this article from the Naples Daily News, Bayfront residents are weary.

Rockin’ On the Bay, also held in Bayfront, has received many noise complaints from residents.

“The noise travels upward,” condo board member Julie Domenick told council, adding, however, that Alto owner Charles Mereday worked with them to prevent that. “The question is: Despite his best efforts, does sound travel upward?”

Mereday said he was aware of past noise complaints and assured council he’d work with residents. 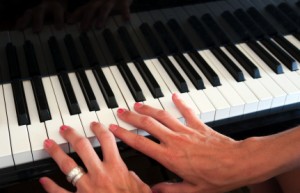 “This is a jazz concept, a very soft environment,” Mereday said, adding that there would only be up to six musicians in intimate jazz groups. “It’s not about loud noise and music. We have no intention of being a nuisance of any sort.”

For years, Bayfront residents have complained of noise. But the condo board had done their homework, reviewing past permits and council discussions while working with Mereday and property owner Kevin Stoneburner, the Daily News article says.

“Residents’ use of their units has been so disturbed that some owners have moved,” the board wrote, noting residents often call police, who are forced to halt entertainment and disrupt businesses. “Residents and establishment owners are then left to resolve their continuing conflict over the noise disturbance, usually with little effect but significant and continued aggravation to both parties.”

But after the vote, everyone left happy the compromise was approved.

“I think it’s all going to work out,” Mereday said. “It’s not loud. The sound system installed is top notch. It’s all about clarity. It’s very soft.”

Unlike many restaurants, where speakers vibrate against walls or ceilings, Alto’s are suspended from the ceiling, with noise dampeners wrapped around cords to prevent sound moving upward. Acoustical ceiling tiles also lessen noise.